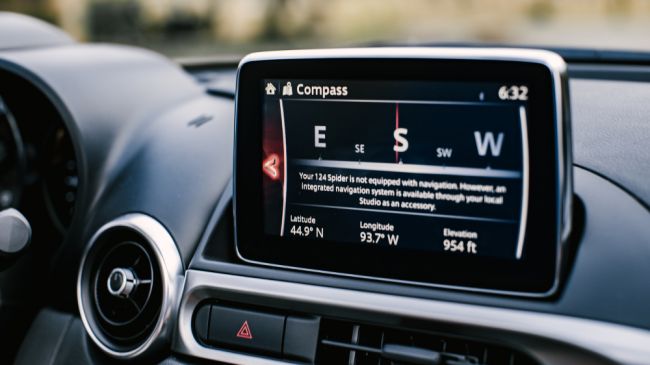 NO MORE LOOKING AT THIS SCREEN!!!  even though you have a valid Nav card

I had an idea that turned out to be a winner!  Since the licensing routine appears to be built into the compressed jci-linux_imx6_volans-release file, by replacing the Mazda version 70 NNG folder with the NNG folder from our Fiat version 56/59 firmware, the factory Navigation will once again WORK IN HARMONY with our SD card, that is license-linked with our Fiat VIN number.

68wooley modified my NNG tweak that deletes the jci-linux_imx6_volans-release file to create more room in the Version 70 firmware, so that it instead,  accommodates this task, and since the experiment proved to be successful, I am publishing a new tweak that includes his code revisions, along with the entire North American Fiat  jci/NNG folder – for others that would also like to fix their Navigation (assuming you have id7 installed).

This tweak will replace your Mazda NNG folder with the North American Fiat version, which apparently is the solution for not only NA, but EU and ADR regions, as well.

Note1:  For anyone installing Mazda versions of 56/59 firmware, this should get Fiat navigation maps working on those versions too.

Note2:  Japan does not use NNG for Navigation, so this tweak is not applicable there.

If we can write two tweaks that (almost) completely “Fiat-izes” the Mazda version 70 firmware, so that the CarPlay and Android Auto retrofit hubs will function in our Fiat/Abarth 124 Spiders, I don’t know what is holding Fiat back from officially making this available!
♦♦♦
They don’t even have to sell the kits through Mopar, if that is the deal breaker 🙂

You’ll need id7 tweak installed in order to tweak via USB (install with my id7 tweak before upgrading to version 70).

If a revised data.zip file is developed so that live HD Radio Traffic (which 68wooley discovered as a now visible app in version 70) works in conjunction with our Navigation (if it doesn’t already), I’ll substitute that file into my tweak routine.

Since 68wooley has put together a universal Mazda-to-Fiat Version 70 AIO Tweak, I have updated the instructions, and tranferred them to that article, so everything needed to complete the entire process is combined in one spot.

34 thoughts on “Another exclusive tweak ~ Fixing the factory Navigation for Version 70 CarPlay firmware!”