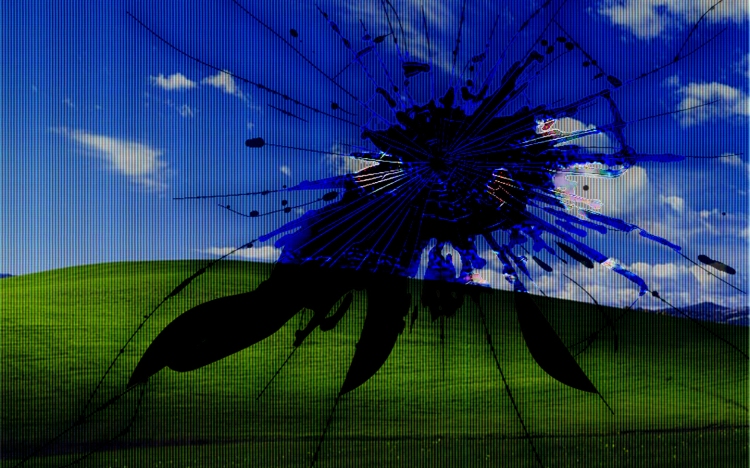 Apparently, some Mazda owners have somehow broken their touchscreen displays (after their 3-year warranty has expired), which results in a random rogue behavior of their systems, at least while the vehicle is stopped or under 5 mph.  If the screen looks anything as dramatic as the photo above, I imagine that you would be filing a claim under your vehicle’s insurance policy, rather than your Warranty though.

Responding to several requests for a tweak to totally disable touch-input capability from the touchscreen allowing them to forego replacement of the Infotainment system, Trezdog44 has written and published (February 2018) a tweak that toggles the touchscreen input function of the display, limiting system inputs to the steering wheel and Commander panel knobs/switches,  along with voice commands.

Although all Fiat 124 Spider owners should currently be covered by their 4-year warranty, I’m publishing this in case there are any owners that might want to totally* disable the touch-input capability of their touchscreen for some other reason that I can’t envision right now.  By copying the files to a FAT32 formatted USB drive and following the normal tweak installation instructions (at your own risk, and if your system is tweakable by USB),

Actually, the best way to disable a defective touchscreen is by unplugging the touchpad connector from the back of the screen itself, as described in forum thread.

[MarzanHB]
You have to unplug the touchpad connector from the back of the screen itself.  There are videos on youtube how to detach the screen module, under the screen there are 2 connectors. unplug them. then there are 4 Philips screws that holds the screen to the top of the module. Once you have the screen out there are 4 philips scews (small and a little long) two from the back and two from the bottom. This will get you to pull the back cover of the screen out.
Now if you look at the back of the screen, there is a thin film connector colored dark red on orange film at the bottom, gently pull the white clip that holds it and pull the red plastic film cable. This is the touch pad connection of the LCD itself.
at this stage, you can test if you plug back the two connectors under the screen and turn on the car.
Put it back together and here you go!!

[tjaecho21]
Take a mid to large sized jeweler’s screwdriver and remove the 4 small screws holding your screen to the bracket and pull the screen away. Next, use your jeweller’s screwdriver or a toothpick and to what MarzanHB said and pull the white clip at the bottom out and disconnect the red and orange film cable. Put the white clip in but leave the film cable hanging loose.

ash8 put this together for those wanting to reset their CMU, yet they have no touch input:

HOW TO PUT CMU TO SLEEP FOR CACHE RESET.
CAN ALSO WORK IF HAVE NAVIGATION NOT WORKING
ISSUES, REMOVE ‘SD CARD’ AFTER ACC MODE OFF AND
BEFORE YOU LOCK UP THE CAR FOR EXIT WALKAWAY.
Put the CMU into a sleep condition this way…..
1. Roll up all windows, SHUT hood/bonnet and boot/trunk/hatch.
2. Set ACC Ignition OFF, exit car, SHUT and then LOCK all doors.
3. Walkaway over 5 metres with all Keys/Openers and wait for 6
minutes, after this period all stand-by info in cache is erased.
4. Return to and Enter car, first Install SD Card and THEN
put Ignition to ACC mode and verify ‘Invalid SD Card’ has gone or
your other issues are gone.
5. Be aware that sometimes your cars location can disrupt ‘GPS
Signal’, like car is locked in steel garage, or next to tall building or
overhead high-power lines, move car into open space.

Don’t confuse this tweak with the normal “touchscreen tweak“, which among other things, actually enables touch-input capability from the touchscreen, while the car is moving at any speed.